Ray and Deb began writing together in 2013. They met in 2000 when Deb was in need of new clothing to accommodate her pregnant body and found herself at a specialty maternity boutique in South Florida owned by Ray and his wife. It was a busy Saturday and Ray was assisting his staff when he handed her a bra through the curtain in the dressing room and inquired how it fit. Before Deb could reply, the lady in the next dressing room said, “Oh, just show him! He’ll know. Besides, it’s just Ray.” 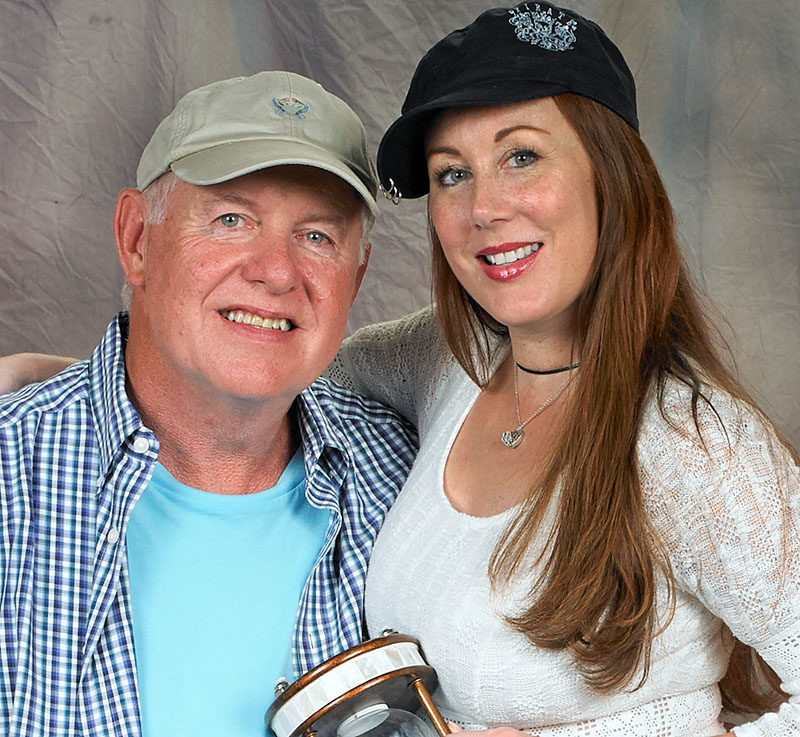 From the day they met, Ray and Deb’s families were in and out of each other’s lives for more than a decade. Both able to retire early from their professional careers and during a brief period when they had lost touch with one another, they were simultaneously working on manuscripts. Ray contacted Deb’s husband to inquire if she would be interested in assisting him, knowing she was a former court stenographer and skilled at writing short stories and poetry as a form of therapy during her early years of motherhood.

Today they laugh when asked what it’s like to work together as writing partners. “It happened so naturally, it’s almost like magic. We couldn’t do it alone, one without the other. Our world consists of craziness, romance, twisted ideas, dreams, and past lives.” Deb retorts with laughter at Ray’s statement, “We make the characters do whatever we want them to do!”

This nutty duo collaborate in a small private office space adorned with eclectic items including an hourglass, a bear-claw back scratcher, an Audrey Hepburn calendar, random art, inspiring words, toy guns, and family photos reflecting many aspects of their individuality, togetherness, and life philosophy—a world where there is no judgment attached to any idea uttered; a world of laughter, tears, endless hours of digging deep, and broken backs; a world where creativity reigns supreme. Ray and Deb agree, “It’s our twisted world, but we love it. And it seems to work for us.”